About Us - Press Release - CEMEX at the XXI Central American and Caribbean Games in Mayagüez, Puerto Rico

CEMEX at the XXI Central American and Caribbean Games in Mayagüez, Puerto Rico

CEMEX, S.A.B. de C.V. (NYSE: CX) announced that it was a proud sponsor and primary concrete supplier of the signature installations for the XXI Central American and Caribbean Games, which took place in Puerto Rico and closed on August 1st. The games hosted nearly 4,000 athletes from 35 countries and were attended by over 50,000 spectators.

“We are very proud to have contributed to sports history by participating in the development of the most important facilities for the games. Hosting the games is a great milestone for Puerto Rico, and CEMEX is honored to have played a part in it. These sports facilities not only served during the games, but will also endure for generations,” said Luis Miguel Cantu, President for CEMEX in the Caribbean Region.

CEMEX is the largest producer of cement and ready-mix in Puerto Rico and promotes innovative products and services, for the construction industry in Puerto Rico. CEMEX is a global building materials company that provides high-quality products and reliable service to customers and communities in more than 50 countries throughout the world. CEMEX has a rich history of improving the well-being of those it serves through its efforts to pursue innovative industry solutions and efficiency advancements and to promote a sustainable future. For more information, visit www.cemex.com. 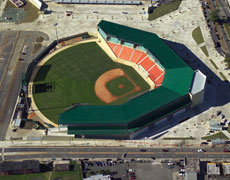 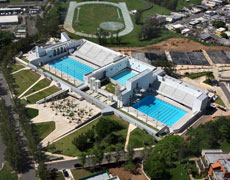 This press release contains forward-looking statements and information that are necessarily subject to risks, uncertainties, and assumptions. Many factors could cause the actual results, performance, or achievements of CEMEX to be materially different from those expressed or implied in this release, including, among others, changes in general economic, political, governmental and business conditions globally and in the countries in which CEMEX does business, changes in interest rates, changes in inflation rates, changes in exchange rates, the level of construction generally, changes in cement demand and prices, changes in raw material and energy prices, changes in business strategy, and various other factors. Should one or more of these risks or uncertainties materialize, or should underlying assumptions prove incorrect, actual results may vary materially from those described herein. CEMEX assumes no obligation to update or correct the information contained in this press release.